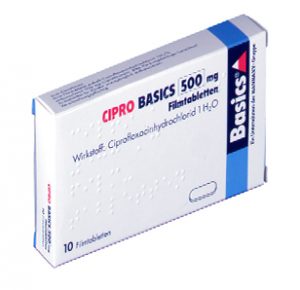 Cipro is a broad-spectrum antibiotic that belongs to the group of fluoroquinolones. The drug effectively treats infections of the respiratory tract, ENT organs, and the urogenital tract.

The drug is produced with ciprofloxacin as the active ingredient in the form of tablets for oral use. The dosages of the drug are 250 mg, 500 mg, or 750 mg.

Ciprofloxacin is a substance with antimicrobial activity that has a wide spectrum of action.

The highest activity of the drug is manifested in the treatment of infections caused by aerobic gram-positive and gram-negative microorganisms such as Escherichia, Shigella, and Salmonella. Besides these, it is also active against staphylococci, mycoplasmas, and chlamydia.

Resistance to ciprofloxacin is possible, but it develops gradually.

Indications for the use of ciprofloxacin in adults include:

Conversely, the use of Cipro in children is limited because possible adverse effects on the formation of bone tissue have been revealed. 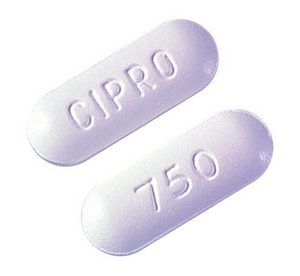 According to general recommendations, the use of this medication in children younger than 18 years of age is contraindicated, except in the following instances:

The average recommended daily doses for adults are:

In most cases, the dosages mentioned above are divided into two portions and taken at regular intervals.

Side effects of Cipro administration include:

In addition to these, there also may be increased sweating, general malaise, swelling, and/or a violation of gait.

The most frequent side effects seen in children are pathological processes in the joints.